Just wanted to give you an update on Sophie, a rescue from Odessa we were called upon to help with.  Phoebe Cates and Harley (ABR Syree) are getting along with her very well and I think she is now a permanent member of the family.  Phoebe was very skeptical at first and acted like she was above it all, but has come around and quite enjoys playtime with Sophie.  Harley, well Uncle Harley, doesn’t like Sophie to be reprimanded for anything and is quick to try to get between her and trouble, although he is not having any luck keeping her from dragging bathroom rugs around and bringing in bark from the flower gardens.  All in all, for not expecting or anticipating a new boxer in the house, Sophie is fitting in quite nicely and by looking at that face you would never know just how much mischief she can get in.  I have often seen reference to “boxer boys” but believe me this little gal can certainly show them a thing or two.  We love them all very much and can’t imagine our life without them. 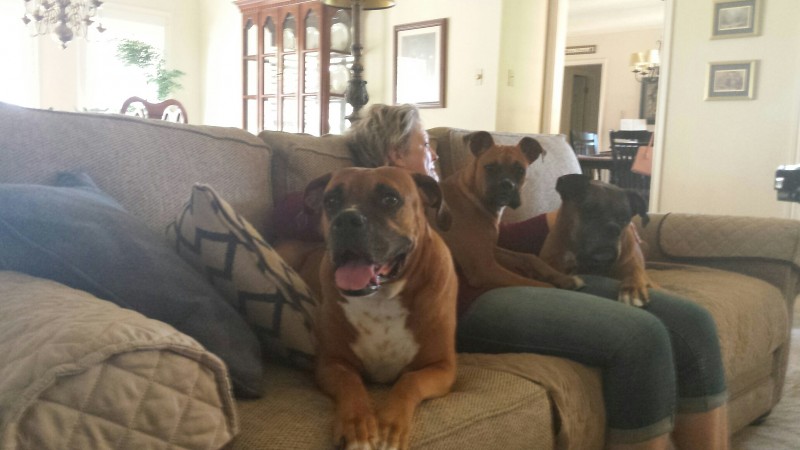 Ron was manning the camera and I had no makeup on, so this photo was taken under protest.