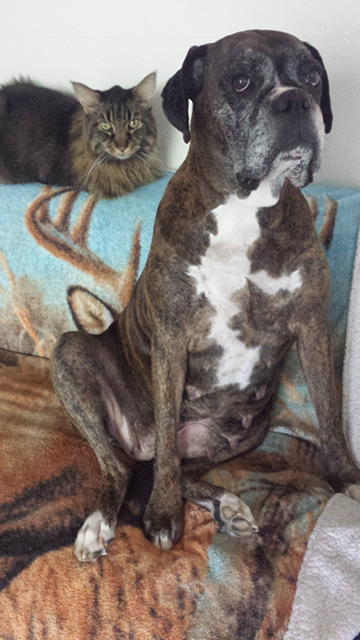 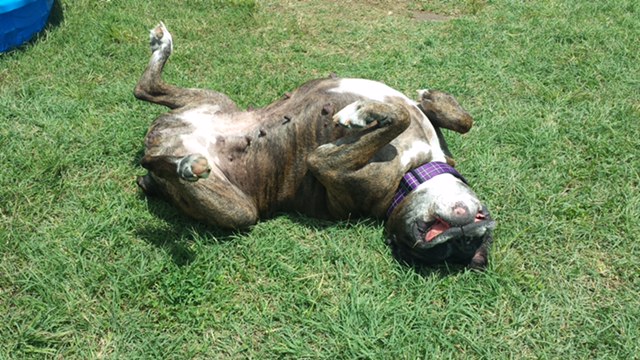 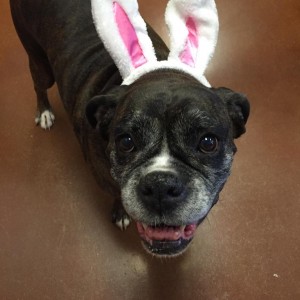 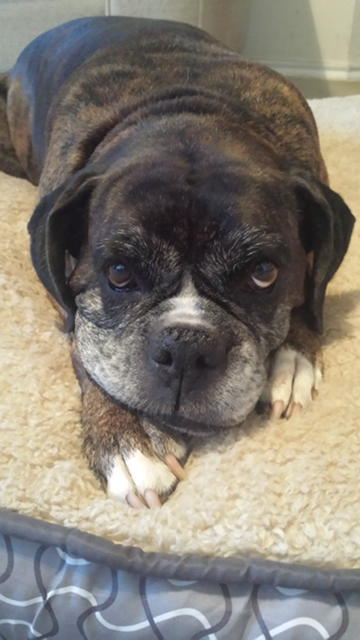 Salem came into my life at just the right time, and she has been such a blessing.

I lost my previous Boxer to cancer 3 months before I adopted Salem. I had her for 10 years and she was my entire world. After losing her, I immediately felt the void without a Boxer in the house. I had become used to the routine of caring for a senior dog, so I was very open to adopting an older dog. Salem was the one dog I met on adoption day that really stuck out to me. Still, I looked at a few younger dogs first. None of them worked out, and Salem was always in the back of my head. I decided it was meant to be and that I would take her. I didn’t know at the time how lucky I was to have found her.

Salem is the calmest Boxer I have ever met. I’m shocked that she was in foster care for 8 months. She’s on older lady and was adopted through the silver hearts program. It’s not just her old age though. She is genuinely just so calm and sweet. That’s probably why she was bred so many times before ABR rescued her. She did great with my 14 year old cat from the very start. I know my kitty was missing my previous dog and was pleased to welcome Salem to our home. Unfortunately, he became ill about a month after I adopted Salem. He was found to have cancer and passed away just a couple weeks ago.

Salem is such a blessing not only because of how amazing and loving of a dog she is (she has her head laying on my lap as I type), but also because she has been there to help me through the losses of two very special pets so close together. I’m so happy to have had her for 3 months now. She goes to work with me often and loves to greet all the clients. She loves when I scratch her neck, and she throws her paw up at me if I stop. She’s an absolute doll and quickly became a very important part of my life.

I’m so thankful to Austin Boxer Rescue for saving her and giving her a better chance at life. I’m also thankful to her wonderful foster family who gave her such a loving home for those 8 months until I found her. Thank you everyone! I’m SO happy to have her!