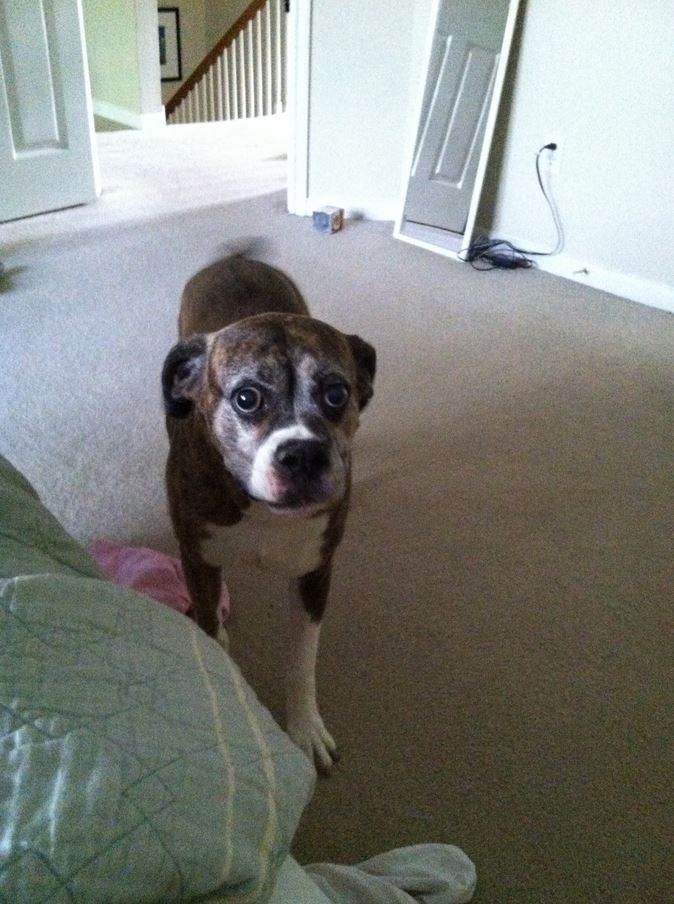 I am so very sad to report that our sweet Sadie Lady died suddenly yesterday of an apparent catastrophic aneurysm. We think she was 11 years old. We were lucky to have her in our lives these last 7 years. She will be sorely missed and she was so loved.

Sadie was known as Baby when I adopted her from y’all in the spring of 2007. She had been picked up in Houston, and was in a bad way. She had every kind of worm you can imagine, including heartworms, and was so small and thin, under 35 pounds. I met her at an adoption day, and she put her head in my lap and that was that. She survived the heartworm treatment, and slowly got stronger and stronger.

She kept her playful and puppy-like personality her whole life, and was as joyful and happy on her last morning as she was every morning she greeted me. She was one of the greatest dogs I have ever had the privilege to know.

The first photo was taken around March of 2008. The second is my gray-faced girl two days before she died, giving me my wake up wiggles. Notice her tail is blurry in the pic from wagging so fast. This was how she greeted me yesterday, just an hour before she died. I think she had such a hard start in life that the Universe made it as easy and quick and painless as possible for her to move on.

Thank you for rescuing Sadie. We will never forget her.