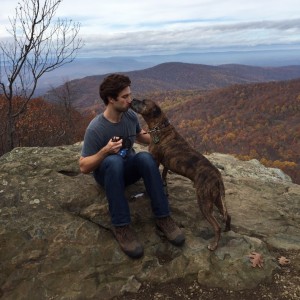 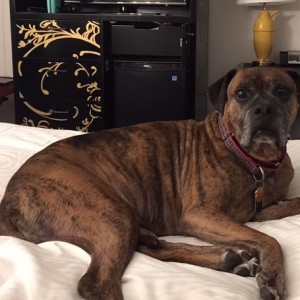 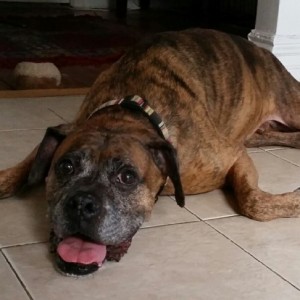 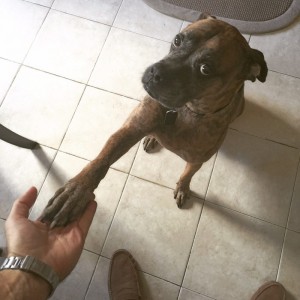 I adopted Rudy (ABR Woody) in fall of 2007, when I was still an undergrad at UT. When I adopted him he was a little underweight, had a lingering respiratory infection and had demodex, all of which went away pretty quickly. In our 9 years together, he has lived in Austin, Washington DC, South Florida and NYC! He’s been by my side through a law school and a divorce. He’s been to the beach and the mountains and loves them both. He’s been in a gondola, and braved blizzards and hurricanes for bathroom breaks. He has developed some interesting tastes (his favorite food, far and away, is apples), some healthy habits (accompanying my partner and I on runs), some less welcome habits (hatching schemes to get on the bed and couch), and found that he loves the water but somehow hates swimming and baths. He’s always up for a car ride, whether it be to the park or across the country. Suitcases always make him nervous, until he realizes that he’s going wherever we are. He turned out to be the best dog imaginable, and almost everyone he meets says he is the best dog they’ve ever met. I want to thank you so much for putting us together, and share some pics with you.