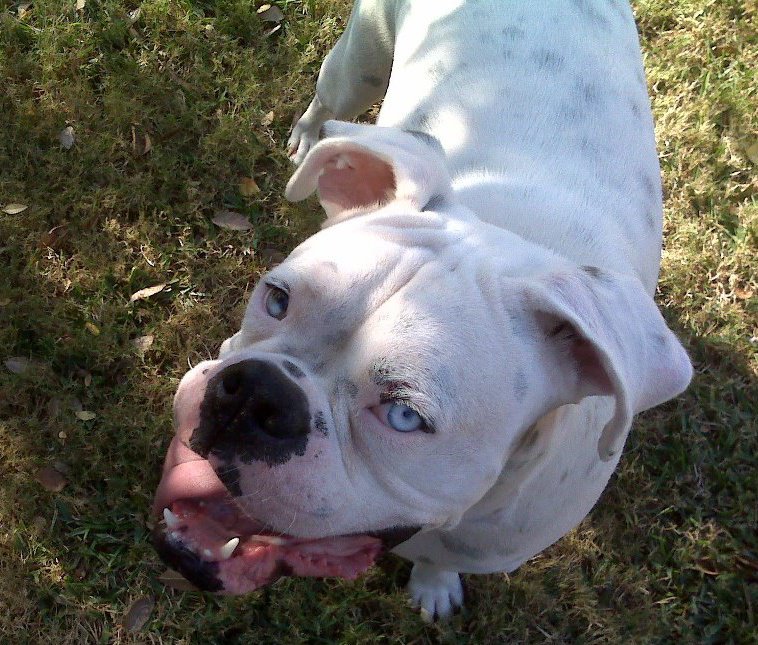 One evening in fall of 2005, after arriving home tired from a long day at work, my wife informed me that we were driving from San Antonio down to Castroville to go look at a puppy. I grudgingly obliged while thinking to myself “Ok let’s get this over with.” I had never been a dog person, but little did I know that my life was about to be changed in a big way. I had never known a dog like Oscar, and I had no idea how humanlike and expressive a dog could be in his mannerisms, or how closely a dog could bond with his human. He was always so excited to help out with the most mundane chores, whether it was getting the mail, bringing in the groceries, or taking out the trash. When it seemed like the entire rest of the world was against me, he was always there for me, and he was always on my side. Our neighbors loved him so much that they used to jokingly ask if they could clone him so that they could have an Oscar too. Sometimes when we were in our front yard people walking by would greet him by name, even though my wife and I had no idea who they were! Oscar truly never did meet a stranger. He was very easygoing and mild-mannered, and always so contagiously happy that being around him was enough to cheer anyone up. He had a way of making people smile and putting them at ease. He also had a shockingly long tongue (ginormous!) that was always a conversation starter. He used to look so uncomfortable whenever I would sing him the cheesiest sappy love songs, but I meant every word and every lyric of them (He was the meaning in my life, he was the inspiration!) I always fell asleep so peacefully every night to the sound of him snoring, and whenever I heard that sound I always felt that everything was right with the world. My wife and I would always smile and laugh when we would see him running and barking in his sleep, and we always wished we could know what he was dreaming about. He was a blessing every single day that we had with him, and he truly showed us the meaning of unconditional love. He was one-of-a-kind and absolutely irreplaceable

On April 15th, 2014 Oscar lost his battle with a brain tumor. By the time that we knew anything was wrong he had very little time left, and he left a giant hole when he was ripped out of our hearts so suddenly. Everything came on and progressed very rapidly, from episodes of unexplainable pain and occasional yelps, to hours of restless pacing, accidents on the carpet, and seizures. I played soft music at low volumes to try and comfort him, and I moved the mattress onto the floor next to his bed since he would no longer jump up onto the bed and lay by me. We had all of the tests run and they all showed a healthy dog with nothing wrong, until the last test, which exposed the brain tumor. Our hearts were broken and our world was shattered when we learned that we could not save him and his suffering would only get worse, and so we had to make the terrible decision to let him go. We could not stand to watch him suffer, but it was an unthinkable loss to face life without him. I still think about him every day and dream of him often, and I’m sure that I will for a long time to come. Oscar brought out the best in me, my wife, his sister Beyla, and everyone he met. He was the sweetest, kindest, most loving and gentle spirit that I have ever known. The world will never be the same now that he is gone, and life will never feel the same without him.

Oscar, I know one day we will be reunited, when you will meet me at the front gate of heaven wagging your whole body, just the way you used to meet me at the front door every day when I would get home from work. After I am done petting you and scratching your spot I will cook you bacon, just like I did on the day that we had to say goodbye. And from then on we will run and play and we will never be without each other again.

I love you so much. I miss you Mooper, more than words can ever express. Thank you for always being so wonderful to me, and thank you for all of the happy years that you gave us. You are a good boy, and you are beautiful, and you will always be my dog.

Sunny days seem to hurt the most,
The only thing that gives me hope
Is I know I’ll see you again someday
-Kenny Chesney

“Don’t cry because it’s over. Smile because it happened.”
-Dr. Seuss