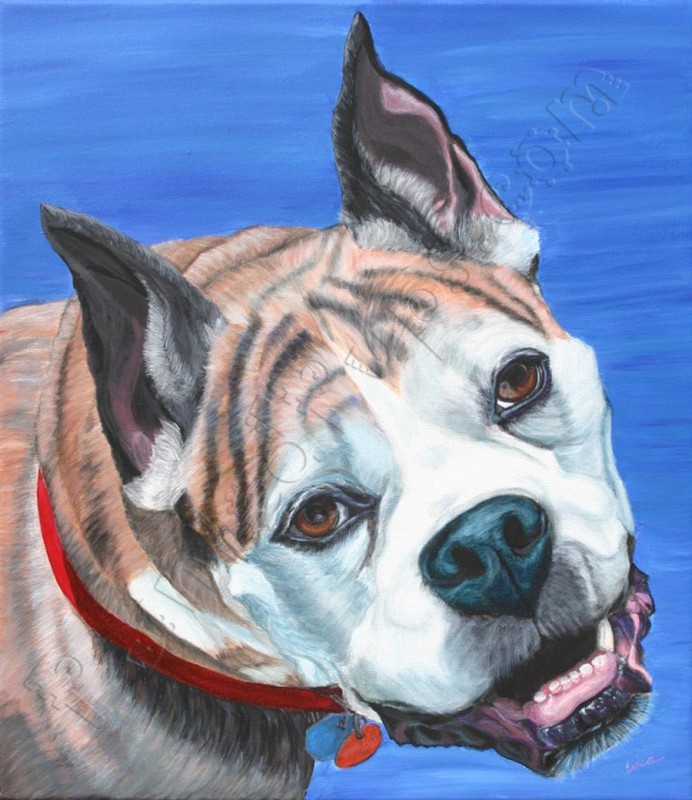 I adopted Atticus from a small boxer rescue group in Dallas in 1997. He’d been adopted out and returned twice due to his behavior towards cats and severe separation anxiety. The first year and a half with Atticus were tough: he destroyed several doors, window screens, and blinds. It was hard to stay mad at him because he was so devoted to me and such a loving boy. Eventually his separation anxiety eased and he settled into life, making friends and being entertaining at every turn. He was an extremely sensitive dog and sensed when people were in pain emotionally or physically; at those times he was especially gentle and loving. Atticus loved acorn squash, Krispy Kreme doughnuts, swimming, “cozy time” on the couch, and visiting family and the neighbors. People called him “The Mayor of Sherwood Oaks” because he knew everyone and everyone knew him. He touched many lives and is very missed. Thank you to Erica at Painted Pups for the beautiful rendering of Atticus, which I will treasure for the rest of my life along with my wonderful memories of this amazing dog.